In southern China but l’ve never felt so distinctly close to Portugal! Macau also spelled Macao is a remarkable destination, no, it’s not its own country it is too a part of China, however, like Hong Kong, Macau has a separate government & political party, its own currency etc, it’s a country-like-country that’s not a country.

I recently visited Macau from Zhuhai; it was pretty simple going to Macau because of the walk-in border between Mainland China (Zhuhai) and Macau, extremely convenient for inconvenient visa types. There is also always the Hong Kong Macau ferry terminal route. My Chinese is not the best and if we’re on the same boat, in Macau, you don’t have to worry about that, the language barrier isn’t too bad compared to mainland, but then again you have to be open-minded and willing to try to learn something new because there is so much to see and so much to do. Fused with  Portuguese heritage, and Chinese culture, the first and last Portuguese colony in East Asia, famous for its casinos, fortresses, and Mediterranean Avenues… Check out my travel diary!

Leaving only its exterior post the burning in 1835, what was left of St. Paul’s Church has been standing tall for several decades, now a tourist hot spot 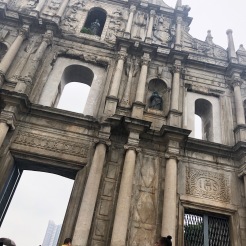 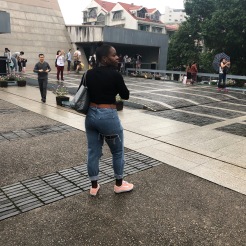 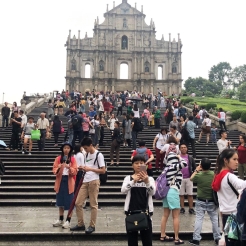 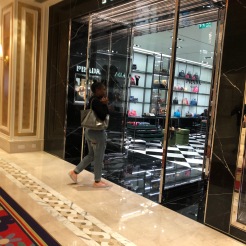 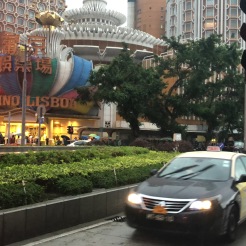 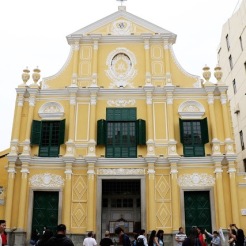 Green windows and yellow exterior, couldn’t miss it if you tried 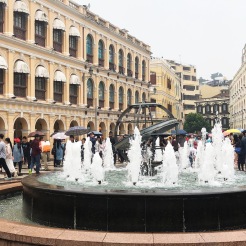